The members of the Buckeye Lake Historical Society enjoyed great food and updates about the present state and future of the Historical Society.  Held at Harbor Hills Country Club with over 80 attendees, the sounds of big band music filled the room. The theme of 2017 will be “Quietly Making Noise.” Director J-me Braig announced that 2016 was the Year of Boats… and No Water. 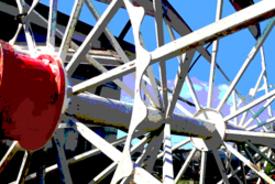 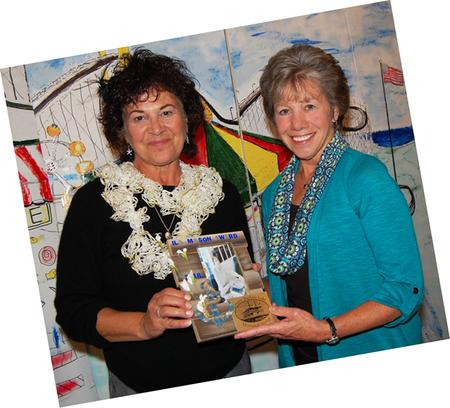 The Annual Ila Mason Award begin this year in tribute to one of the founders and loyal volunteer secretary for 14 years.  Ila was a lifelong resident of Hebron and served  her community well with many volunteer hours for a charity that she believed in.

She was quick to speak her mind and back it up, if she felt that something needed to be done, to better her area.

This year, the first recipient was Mary Muryn, of Maple Bay at Buckeye Lake.  Mary volunteers at the Museum, as chairwoman of the Membership committee, where she increased membership 60%.  She has now agreed, to take Ila’s place as secretary, of the Historical society.  It is appropriate that she became the first winner of this award. 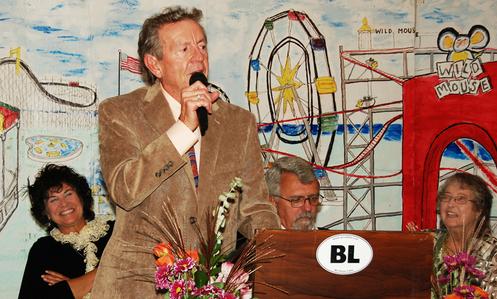 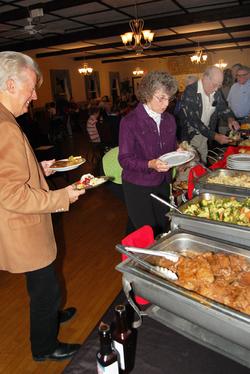 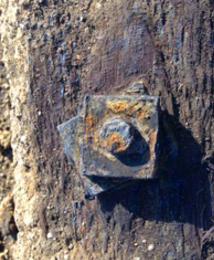 GBLHS Board Member and Commodore of the Yacht Club,
​ Dave Lawrence, makes the girls laugh.