In Loving Memory of Donna Braig

From the book "My Buckeye Lake Story," Donna Fisher Braig tells us about the beginning of the Greater Buckeye Lake Historical Society. Today the Society has over 400 members, a beautiful Museum with a full time director, the Queen of the Lake ll tour boat and a very bright future. 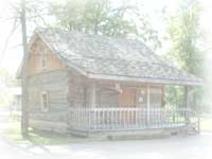 Just the History of it All !!! 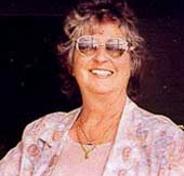 In September, 1994, a group of interested people came together with the purpose of starting a Historical Museum in the Buckeye Lake area. This was to preserve the historical record of the Lake, including the Amusement Park, the Ohio Canal, the Interurban, the National Trail, the early pioneers, early boaters - just the history of it all!!

The group met in the Civic Association building on Hebron Road, and from the first, all were very enthusiastic. Donations began to appear: A gun from the shooting gallery, a Rocket Ship and a Bug Car from the old Park, a piano that had arrived in Hebron in 1840, roller skates, swim suits from Crystal Pool, photos, cards and other memorabilia.

Phil and Betty Holtsberry Clark gave us an old log cabin built around 1840. Donna Braig, having gotten the group together, conducted the first meeting and was later elected as the first president. Kathie Brussee was the co-chairman. Karen Kentosh, a gal who grew up at the Lake, said she would be Secretary, and David VanSicke who was manager of the National City Bank, agreed to be the Treasurer.

The first 'general membership' meeting was held at the Lions Clubhouse in Millersport, and a slide show was presented by historian Chance Brockway. In 1996, the Society had 200 members who had paid a membership fee of $1O. Moneymakers were needed.