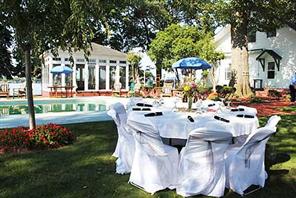 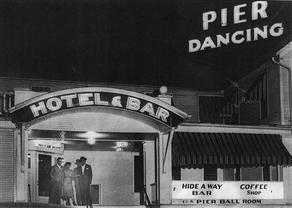 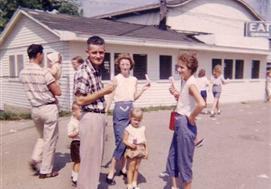 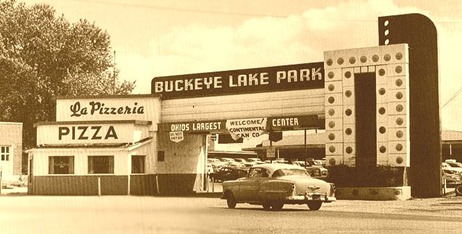 Buckeye Lake had a Pop Factory?
In the 1920's, believe it or not, Buckeye Lake had its own pop factory on the south shore of the Lake across from Orchard Island. The Factory was owned by Mr. Justice and Hedgie Parion. The side of the bottle says, "Buckeye Lake Bottling Works, Buckeye Lake, O. In the center within a circle is "J & P PROP'S." The bottles are made of very thick glass and are heavy. To a collector in today's 2011 market, they will bring about $10 each.

How many names does Buckeye Lake have?

The Buckeye Lake we know today has been graced with many names that go back as far as recorded 1779. They include: "Buffalo Swamp," "Buffalo Lick," The Big Pond," "The Great Swamp," "Big Swamp," Licking Reservoir" or "Bucket Ocean." In recent years many call it "Buckeye Ocean."

How large was the Crystal Swimming Pool?
The pool was 100 feet wide and 200 feet long.

How many people visited Skateland each week?
Skateland was a 30,000 sq ft round floor. Each week there would be from 2000 to 3000 skaters during the 30's and 40's. It was formerly called the Palais de Dance. Louie Armstrong sang there along with other big name bands.

Who held Rallies?
The Ku Klux Klan Rallies were held at Buckeye Lake in August of 1923 and some 75,000 people attended. It was also held in 1925 with estimated crowds of over 500,000 Kluckers. The attendees stayed for a week on the large fields of the Neel Farm. The Grand Dragon of the five state area lived in Newark.

Did Walt Disney want to buy Buckeye Lake?
There has long been a rumor about Walt Disney wanting to buy Buckeye Lake Park. There was a resident named Morris Riechart and he loved this area. He ran the local trash route and he started this tall tail. Mr. Brown, park manager and later manager, Bob McKay stated that this was never true. Old Morris just didn't want the park to go away. The park was only 8.5 acres total. There was never enough space for a mega park here in Buckeye Lake.

What were Employee Picnics?
The park was "sold out" to private companies for their employees to have a picnic. This included rides in the park, refreshments, ice-cream and good food over at Picnic Point. Companies included Curtis-Wright, North American Aviator, General Electric, Wherle/Newark Stove Co., Owens-Corning the Gas Company and others.
​
​When did the Buckeye Lake Amusement Park officially close?

The Amusement Park closed in 1970 after an attempt failed to revive it as a Country Western theme park. 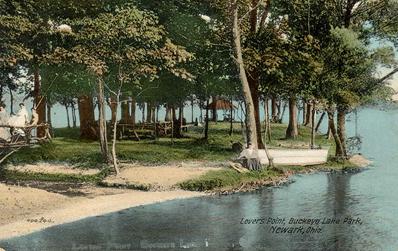 What year did the Buckeye Lake Park open?
​The original park was for tourist. The first Hotels opened in 1902 and the Interurban Trains brought the visitors. The amusement park came along in 1931 when "The Dips" roller coaster was built.

How many Islands are there on Buckeye Lake?​

​There are 21 Islands on the Lake. Three of them have no homes where as the other islands house anywhere from one home to 200 or more homes. Some of the Islands include: Circle Island, Rownd Island (Once owned by Wendy's owner, the late Dave Thomas), Journal Island, Liebs Island, Watkins Island just to name a few. The most famous island would be that of Cranberry Bog. This island is over 13,000 years old and has rare flora and fauna along with unusual birds and waterfowl.

On this webpage you will find answers to the most Frequently Asked Questions about the long and colorful history of Buckeye Lake.